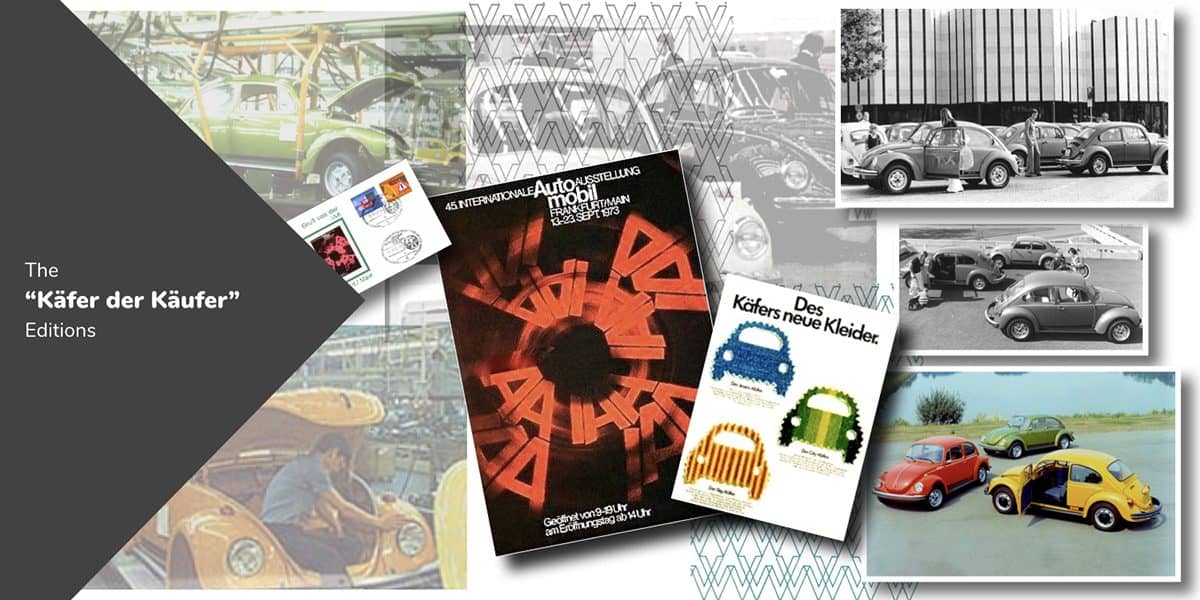 Context: The “Käfer der Käufer” Edition was presented at IAA’73 (Internationale Automobil- Ausstellung), Frankfurt in September 1973 as part of Volkswagen’s extensive stand at the show.

The Edition repeated a theme used by Volkswagen earlier that year in the “Drei Käfer auf Extra-Tour” Edition of using a trio of Beetles as the base models: spartan 1200cc, luxe 1300cc and sports 1600cc.

The “Käfer der Käufer” Edition line up was originally named:

The prototype naming was changed for series production to:

In terms of market sectors the Jeans with it’s back accent trim was aimed at the young (or young at heart) buyers. The other two meanwhile drew on contemporary Volkswagen Lux trim themes. The City’ was, true to it’s name, intended as a well appointed urban Beetle whilst the Big’ was intended to capture potential owners having a focus more on inter- urban (or sports) motoring.

The model was based on the 1303 S Super Beetle with 50bhp engine and was therefore the “top end” offering of the Jeans, City, Big’ trio

Unusual for the era was the fact that the Jeans, City and Big Beetles shared an official Volkswagen sales brochure. For markets such as the UK that did not import the City Beetle an alternative version of the brochure was produced featuring only the Jeans and Big Beetles. Publicity photos of this trio were also liberally produced and as a result these three models grouped together have become one of the most frequently seen illustrations of 1970‘s SEBs in books and magazines.

The S729 Sonderaktion *Luxus-Käfer* has frequently, and erroneously, been thought as a second series of Big Beetles.