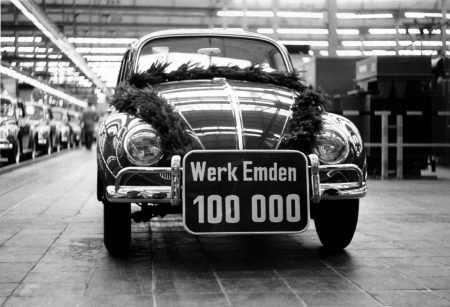 Volkswagen Emden opened in 1964 and initially concentrated on Beetle production, especially for the North American market. A little over a year later on 11 January 1966, the 100,000th car rolled off the line and after a brief ceremony, was shipped to San Francisco, California. The milestone car was a US-spec Typ.113, chassis number 116511574 and painted in Ruby Red (L456) with Platinum white leatherette interior and fitted with a 1.3-litre 40PS engine. Options fitted were whitewall tyres, hinged rear windows and radio. It also had a special commemorative golden plaque attached next to the spare wheel. – Pete Frost 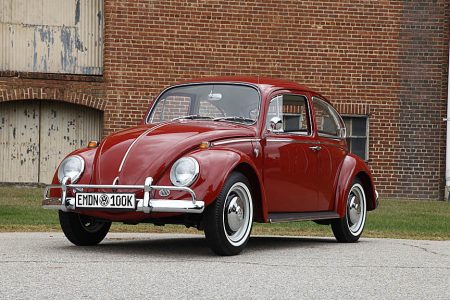 In 2012 the car was given a new lease of life by owner Larry Marchant of South Carolina with a body-off, bare metal 2-year total restoration to original factory specification by Klassik Rides in Denver, North Carolina. The $100,000 restoration was completed in time for Volkswagen Emden’s 50th anniversary in 2014. As part of those anniversary celebrations, the car was shipped to Germany and featured in a special exhibition hosted by the Ostfriesisches Landesmuseum Emden at the Rathaus am Delft in the city, titled “Als der Käfer nach Emden kam” (When the Beetle came to Emden). After the 6-month exhibition, the car returned home to the United States where it is still going strong today. – Pete Frost 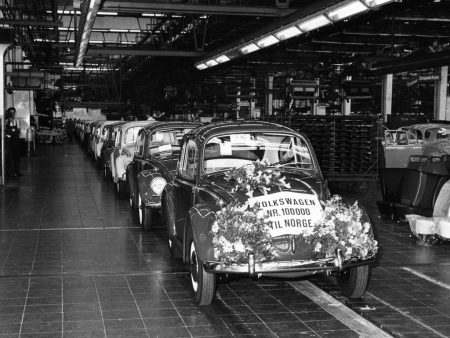 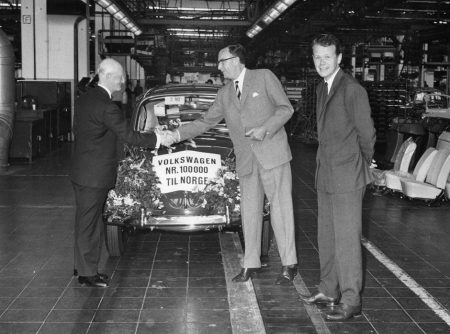 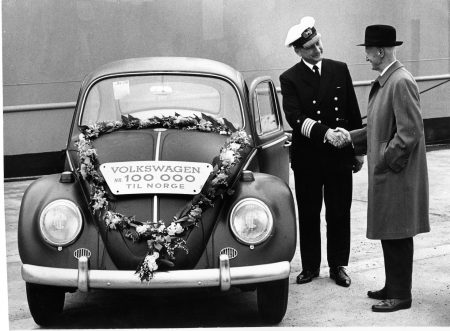 The 100,000th Volkswagen for Norway on the dockside in Oslo. Captain Schwobmann of the MS Bremer Westen hands the car over to the importer Harald A. Møller. 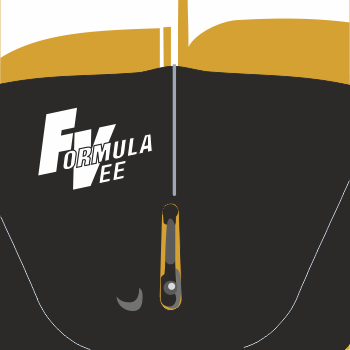