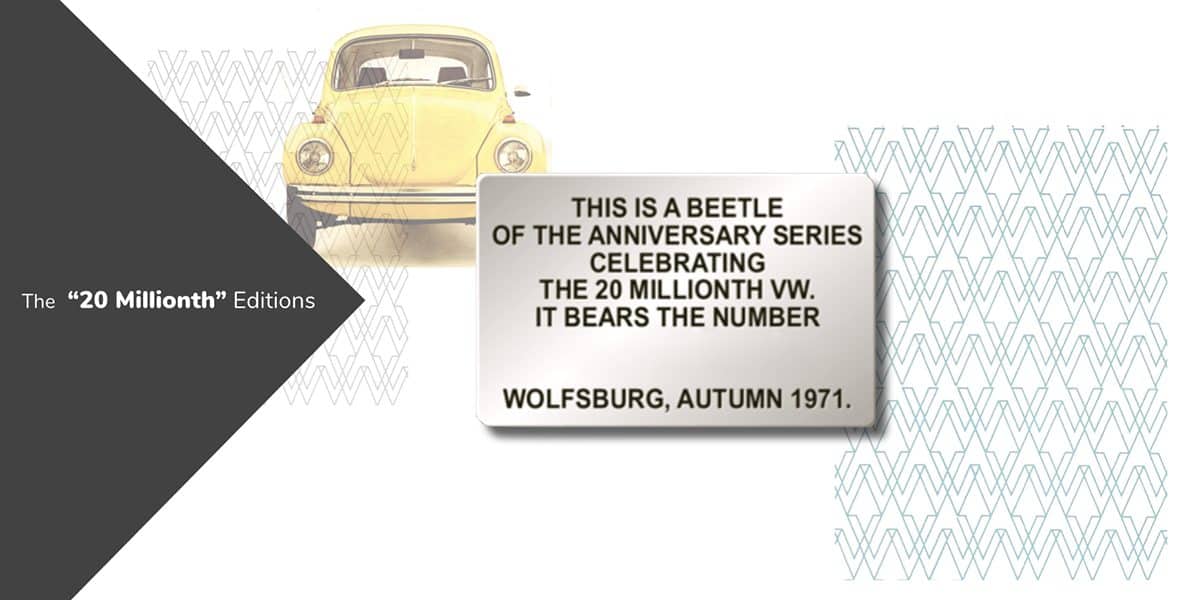 Context: Produced in the Autumn of 1971 to celebrate the 20 millionth Volkswagen leaving the assembly line this group of Editions were the first celebratory SEB’s to be manufactured by Volkswagen AG. They took the initial, exploratory, experience the company had with SEB production by way of the 1970 Spring Editions another step forward. In doing so Volkswagen defined the scope of the special production packages that followed in successive later Editions.

This Group comprises of two Saturn Yellow  Editions sold in mainland Europe and one that became varied from the original concept thanks to CKD assembly in Ireland.

Each of which are described in their individual profiles and supplemented with the following additional reading: