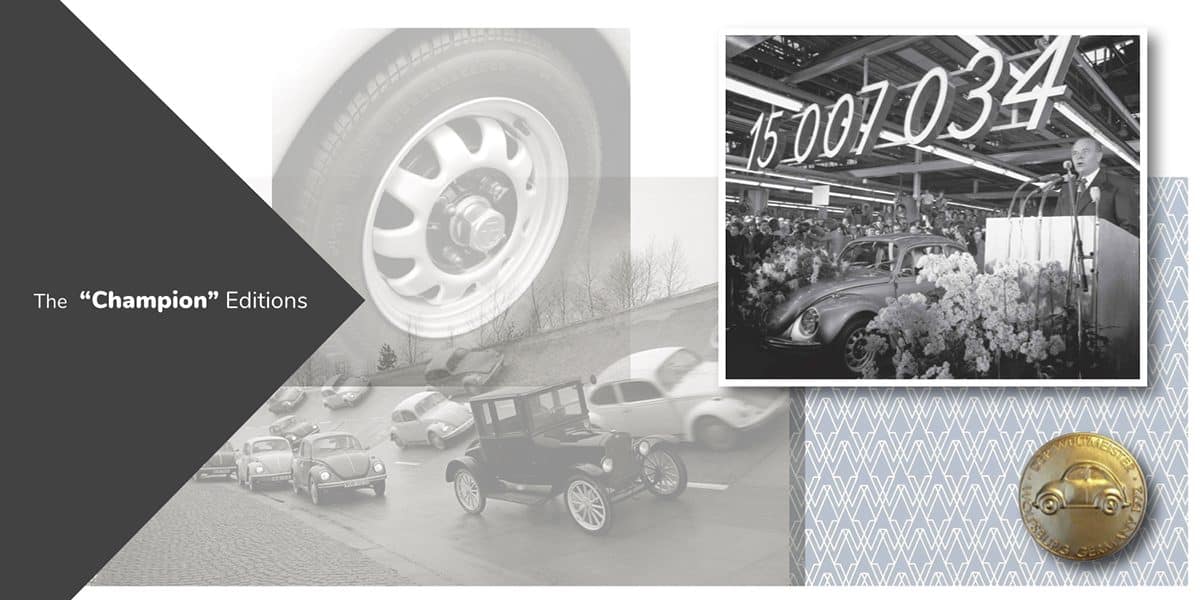 Context: Produced in Europe between 19 February and 31 March 1972 the Champion Editions were the second celebratory series of SEBs to be manufactured by Volkswagen AG.

They celebrated the Beetle achieving a world record production figure of 15,007,034 on the 17 February 1972 with a 1302 Super Beetle subsequently named the ‘World Champion’. Until then the world record holder for an automobile production model had been Ford’s Model T.

This Group comprises of two Marathonblau metallic product lines – one for Europe and the other for North America – and a small group of three product lines that became varied from the original concept for Australia, Ireland and Portugal.