At the VW Museum

Accent to the paintwork was provided by: 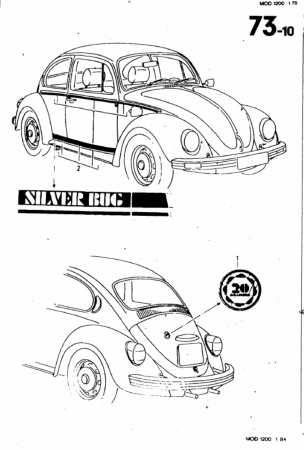 S703 Sonderaktion *Silver Bug* celebrated the worldwide production of the 20 millionth Beetle on 15 May, 1981 in Puebla, Mexico and was available from all German Volkswagen dealers at the same price of DM 9,895 as the contemporary Mexican Beetles imported into Germany in standard paint and trim with the exception of cars in Mars Red which attracted a DM127 special colour on-cost.

A total of 3,700 Silver Bugs  were produced in two batches by Volkswagen de México, S.A. de C.V., Puebla, Mexico, for export to Europe. The initial shipment into Germany in June/July 1981 of 2,000 cars with louvered vented engine lids was followed by a second shipment of 1,700 cars with unvented engine lids in February 1982.

A consignment of “Silver Bugs” with were made available to the Netherlands.

*(The standard factory specification of the Silver Bug was consistent with the contemporary Mexican “1200L” export model officially manufactured for sale in Germany between 1979 and 1985. The model differed in small detail ways from the preceding German manufactured 1200L Käfer for the home (inland) market. The changes included the addition of an electric screen wash system, heated rear window and head restraints as standard equipment. Initial importations of the 1200L from Mexico retained the louver vented engine lid from the 1600cc Mexican home market model. The louvred engine cover was replaced by the more familiar plain, unvented, 1200 engine lid from 30 July 1981 onwards)

A locally produced sales brochure for the Silver Bug was printed in the Netherlands.

The individual profiles for the: 1982 Silver Bug.

European production had ended but Mexico and Brazil keep the Beetle spirit alive. 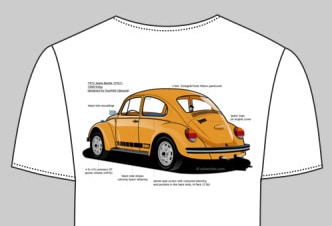