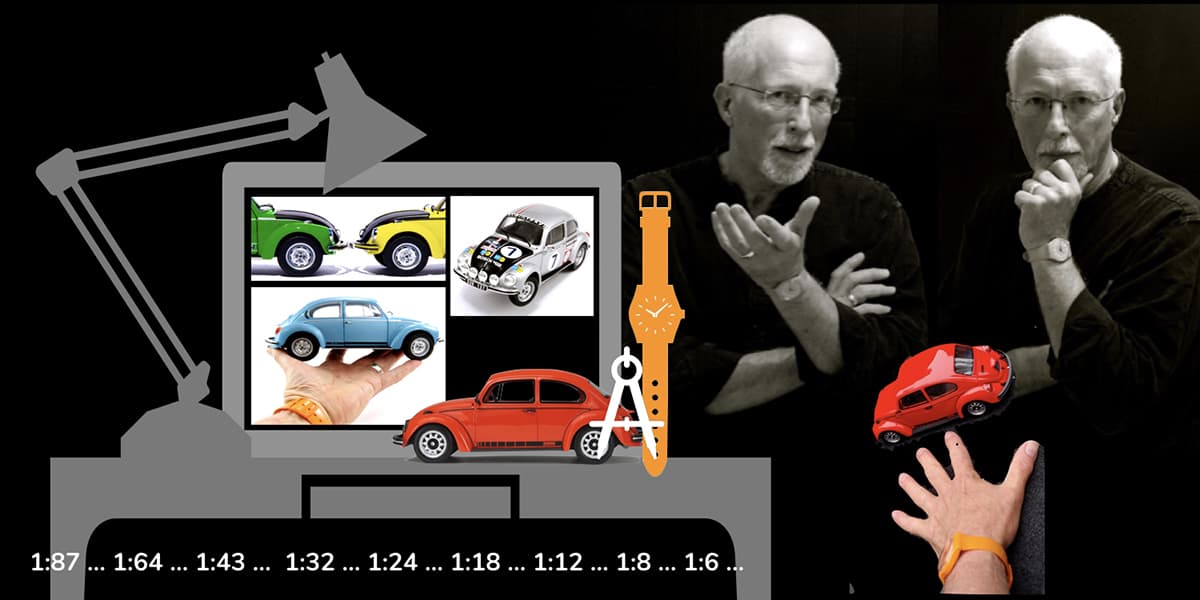 Considering how many thousands of toy and scale model Beetles have been made in the past seventy years it is amazing just how few of them have been of SEB’s. Indeed of those that have been produced most are, comparatively, recent issues.

The table pages list those that we are aware have been made. Most are from Germany – either by Minichamps or Schuco. Compared with the 1960’s and 1970’s modern scale model cars tend to be produced in limited numbers. This means that catalogued normal series models tend to be produced for a year or so and limited series models in one off production batches of a restricted number of models (pcs). More limited still are occasional promotional (Sonder’) models made for a specific client.

The Minichamps offerings are, in the main, excellent scale models with only a few, occasional, errors in detail accuracy. In 1/43 scale the 1303 S “Yellow/Black Racer” , 1303 S Big Beetle and 1200 ” Jubi/Jubliee /50 Jahre Käfer/“Der Letzte Käfer” and 1/18 scale the Alpine White “Mexican” Jeans are all particularly noteworthy.

The offerings from Schuco whilst generally falling into the “scale model” category have some stylised detailing that places them slightly closer towards the category of “toys”. The Schuco range is however building a commendable range of issues (generally limited) representing the Special Edition Beetles manufactured in Mexico for export to Europe 1981 – 1985. The 1200 “Velvet Red/Samtrot”, “Sunny Bug” and “1975 Jeans” are all particularly noteworthy.

The Universal Hobbies / Eagle’s Race SÉRIE LEGÉNDE offerings on the other hand provide collectors with a charismatic range of models that are certainly more in the “toy” category on account of their representational detailing. All the Special Edition Beetles are based on the 1975 1303 with bumper mounted front indicators and standard wheels with hub caps. As such they immediately fail on accuracy in those two respects alone. If however you are collector who is relaxed about accuracy the series does at least give a colourful range of Beetles that, in the broadest sense, represent SEB history.

Whilst they have only produced one SEB model to date a particular mention must also be made of the French Ottomobile range of 1/18 scale models.  Their catalogue number OT155 is a stunning representation of the 1983 Oettinger Beetle based on the Mexican made metallic black and gold Special Beetle. This model demonstrates the sate of the art in series production model making in 2015. Produced in a production run of 3000 pieces it was sold out at pre-order stage. We can only hope that similar quality 1/18 scale models of other SEBs follow in future years.

Collecting model cars in the pre-internet era had it’s frustrations when checking through lists, or reading articles about, models produced. This was because it was not always clear if a model was current or not. This had a significant bearing on how easy (or not) it was to find a model if you wanted to buy an example for your collection. Thankfully in the era of internet accessibility this frustration  has (sometimes with a certain amount of patience) eased. Therefore we have not included in the tabulations whether a listed model is current or obsolete because of the fairly quick timescale that the status of a particular issue changes from current to obsolete. We will however be keeping an eye on the market and attempting to update the tables as and when new models are issued. We also endeavour to post news of newly released model SEBs on our Special Edition Facebook Group timeline.

It is our intention, wherever possible, to include photographs of the models in each specific SEB’s section alongside the photographs, illustrations of sales literature etc., of the real cars. As with all aspects of keeping the SEBeetles data this takes time, patience and persistence.